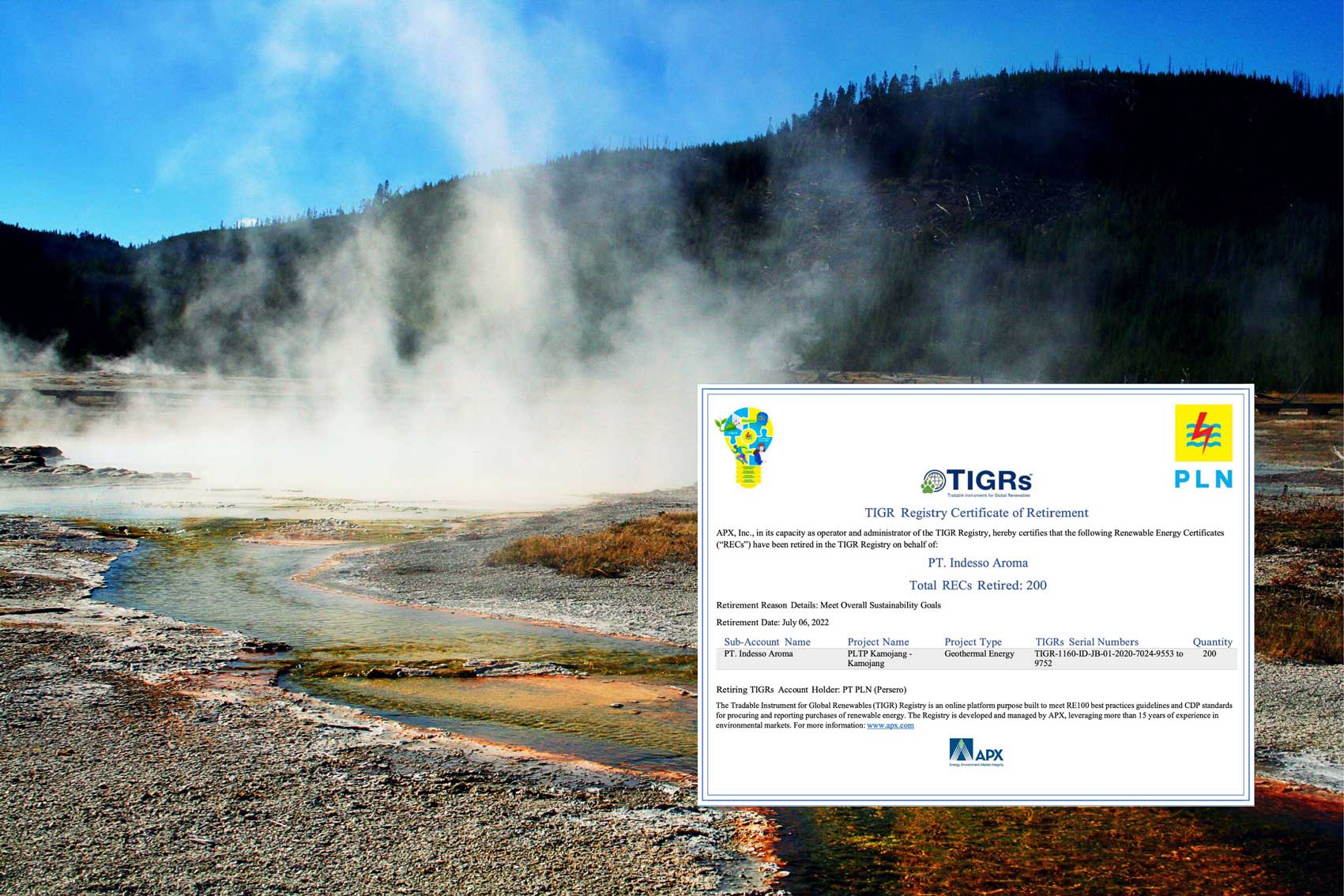 Worldwide we are witnessing electricity demand surges, along with the need for a renewable energy source that is legitimate, valid, and accountable.

Indesso Aroma has signed the Business Ambition for 1.5? C commitment letter as part of the Science-Based Targets Initiative in 2022. We have set a target to reduce our Scope 2 emission[1] by 80% as part of our transition to cleaner energy and reduce our carbon footprint by 2025.

Indesso Aroma plans on reducing energy use in Scope 1 and Scope 2 by relying on alternative renewable energy sources such as Solar PV, enhancing production process efficiency, and purchasing Renewable Energy Certificate (REC) published by the Indonesia State Electric Company (PT PLN). REC is a tradeable instrument for the recognition of renewable energy use. One unit of REC represents the renewable energy attributes of one MWh of electricity produced from renewable electricity generation.

PLN uses an electronic tracking system to ensure once a REC certificate has been issued (retired), it cannot be bought or sold to another party. They have partnered with APX, Inc. and Tradable Instruments for Global Renewables (TIGR) Registry, a globally recognized online platform for tracking and transferring RECs. They facilitate the transfer, issuance, and termination of REC, establish a credible structure of renewable energy claims and enable verification of each claim of renewable energy use through a tracking system in accordance with international standards.

"The REC retired on behalf of Indesso Aroma was generated from PLTP Kamojang, a geothermal power plant producing an estimated 993.000 MWh/year (REC) in West Java. We have obtained 200 REC units as of July 2022, and we plan to increase our REC coverage to 8% of our annual electricity usage this year," said Arianto Mulyadi, the Corporate Communication and Sustainability Director of Indesso Group.

PT Indesso Aroma Has Become an Official Member of UEBT